A Message of Hope from Dementia Advocate, Brian LeBlanc

Posted on April 26, 2018 Categories: Global Ageing News, Mission Comments are off for this post 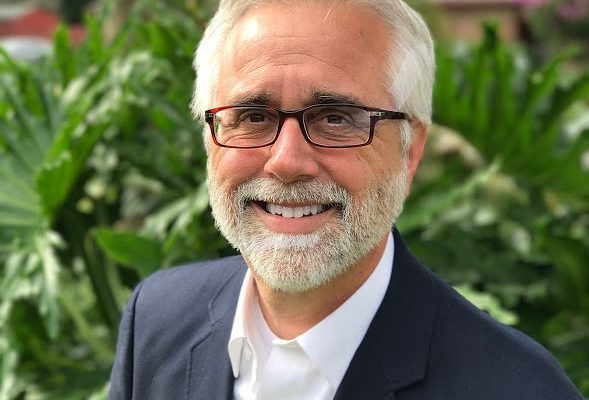 Brian LeBlanc shares his message of hope as a Dementia Advocate. Brian LeBlanc shared the speech at LeadingAge and Integrace’s 2018 Great Minds Gala, a fundraising event which raises awareness and funds to improve Alzheimer’s disease care. The Global Ageing Network was honored to participate in this event.

A MESSAGE OF HOPE

Hello, I’m Brian LeBlanc. A few years ago, a very good friend of mine, Sandy Halperin, stood here, at this gala, to accept The Senator William and Ellen Proxmire Award along with Dr. Sanjay Gupta for their work on a fantastic documentary that called awareness to Alzheimer’s disease.  If you were here, you may have received one of the Gold Batons Sandy was handing out. I wasn’t here for that occasion but one day while visiting him in his home he gave me a baton. He gave me “HIS” baton.

He was giving it to me as a memento of the Gala, but it was also, literally, a passing of a baton from one Dementia Advocate to another; from one person living with Alzheimer’s disease who is not able to be as active as he was once was to a person who is an active Dementia Advocate who also has Alzheimer’s disease. He called it “The Baton of Hope,” and I don’t take the responsibility of being the keeper of the baton lightly.

As he signed and dated the baton he told me, “This is yours for now, but not yours to keep . . . when you feel you are no longer able to do what you do, I want you to sign, date it and find someone to pass it along to.” I promised him I would do just that.

I just spoke to him recently, letting him know that I was bringing the “Baton of Hope” with me to signify our need for hope.  Just so you know, I’m not bringing it here this evening, looking for someone to pass this to. You see, I’m not done. I and others like me have a lot more work to do.

Since this is a message of hope, I wanted to first look for a definition of what hope actually means. This is what I found.

I hear the word “hope” many, many times in conversations, as in, “I hope a cure is found to help you” or
“I hope you get better” or
“I hope you don’t suffer too much with your Alzheimer’s.”

I used to correct the person saying things like,
“Well, a cure won’t be found in my lifetime, but thanks!” or
“I wish I would get better but that’s probably not going to happen.”

By using those terms, I realized I was dashing their hopes, so now, I just smile and say, “Thank you!”

If someone would ask me what my hopes are? “Well, my hopes lie in the here and now, in things we can accomplish today, not years from now.First, I hope the diagnostic process grows into a more personal and hopeful experience.”

For example, a fellow Dementia Advocate was told “You have Alzheimer’s disease, you better go home and get your affairs in order” or as I was told, “Yes, you have Alzheimer’s Disease” and not another word was spoken. We just sat there in silence.

I hope . . . more understanding of Alzheimer’s disease and other Dementia’s are realized so everyone knows that a diagnosis doesn’t mean the end of it all. For some, it is a new beginning.

I hope . . . the phrase, “but you don’t look like you have Alzheimer’s” becomes a thing of the past as it becomes realized and understood that is NOT just a disease of the old age.

I hope . . . instead of being dismissed and ignored as if we can’t contribute or understand, that we are instead, ENGAGED, EMPOWERED AND ENABLED.

As a Dementia Advocate, I don’t dwell on hoping for a cure. Instead, I put my energy into living in the here and now . . . in the moment, enjoying each and every interaction, every moment of joy, hoping that I will retain at least a little bit of what I experience.

Thank you for listening and I “HOPE” that we all move forward with more positiveness, more awareness, more understanding and yes, more “HOPE” for the here and now!

My name is Brian LeBlanc and I have Alzheimer’s, BUT . . . it doesn’t have me!

The Global Ageing Network Announces the 2023 Call for Presentations!