Posted on January 25, 2015 Categories: Global Ageing News, Member News Comments are off for this post 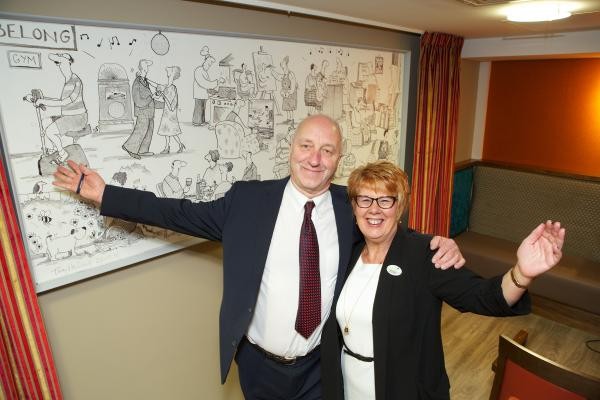 The Belong Villages are well known in the UK for their innovative approach to design and care. In August 2014, Belong opened its fifth village in Warrington.

One of the earlier Belong Villages, Wigan Village is featured in Architecture for an Ageing Population published by IAHSA in 2013.

Belong Warrington is built on a transformed brewery site and has already attracted attention across the UK and abroad for the integration of design and care to create a holistic person-centred approach. Belong has developed their model in close partnership with Pozzoni Architects.

Like all Belong Villages, Belong Warrington provides a combination of high-dependency care, independent living apartments and community facilities that are open to the general public, creating a true community ‘hub’.

Belong offers four key services in one place: households, apartments, a village centre and Belong At Home. Together, these services provide a vibrant hub at the heart of the community, and a continuum of services that enable a ‘home for life’ for people that begin accessing Belong support.

As the fifth village, Warrington has benefited from a process of continuous improvement, development and research with the four prior villages.