15-year-old Krtin Nithiyanadam, of Epsom, Surrey, has developed a prototype test for Alzheimer’s disease which could not only detect early signs of the disease, but also potentially prevent it from spreading further. Krtin submitted the test to the Google Science Fair Prize and recently learned that he made it into the final round of competition.

The test uses a “trojan horse” antibody which enters the brain and attaches to neurotoxic proteins that are present in the early stages of Alzheimer’s. Recent trials show that the antibodies can even potentially prevent the toxic proteins from growing further.

“The main benefits of my test are that it could be used to diagnose Alzheimer’s disease before symptoms start to show by focusing on pathophysiological changes, some of which can occur a decade before symptoms are prevalent,” Krtin told The Daily Telegraph.

Click here to learn more about this interesting project. 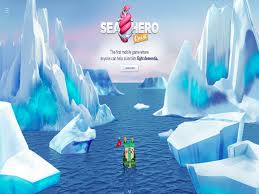 How You Can Fight Dementia with Your Thumbs

Abbeyfield Society to Create a New Approach to Dementia Care